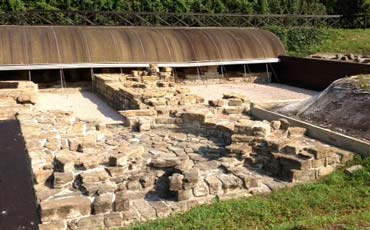 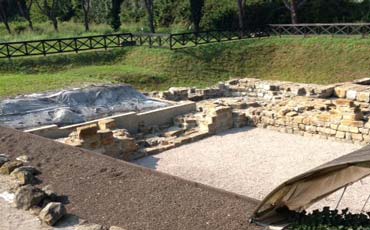 Your itinerary starts from Canale di Cannaregio, where our offices are located, then heads for Murano. Boating along Canal Bisato, you will run along Mazzorbo and reach the enchanting Torcello which, with its monuments, stands as a testimony of the birth of human history in the lagoon. Santa Fosca’s steeple and the church and cathedral of Santa Maria Assunta appear from the vegetation they are hidden in, isolated.

The itinerary continues along Canale Silone, a typical swamp area. The canal goes through the swamp of Cona on the left and of the Rosa on the right. On this same side, a small bump covered with vegetation, will catch your attention: it is the Monte dell’Oro (“hill of gold”). Here there is a fork in the road: you turn left on Canale Siloncello, surrounded on both sides by wide rushes, inhabited by very peculiar bird species, such as reed warblers and sedge warblers.

Going on along Canale Santa Maria you will get to Altino, Roman town which, during the Romanisation in 153 a.C., became one of the main seaports of the High Adriatic Sea given its strategic location which fronts onto Venice lagoon. Underneath the green fields, the mystery of the Roman town of Altinum rests. Nowadays, it is the archaeological area of Altino where the archaeological museum, which is worthy a visit, has been established since 1960. After the barbarian invasions, the town was permanently abandoned by its inhabitants who moved to Torcello, then called “The New Altino”, thus starting the historical process that would have lead to the birth of Venice.

The comeback route from Torcello winds through Burano and Treporti canals, and goes through Certosa and Vignole islands before finally reaching Venice.